"In this tear in the horizon, you can see landscapes, they are there, but my point goes beyond
of the description ... "
Jean-Marie LEDANNOIS 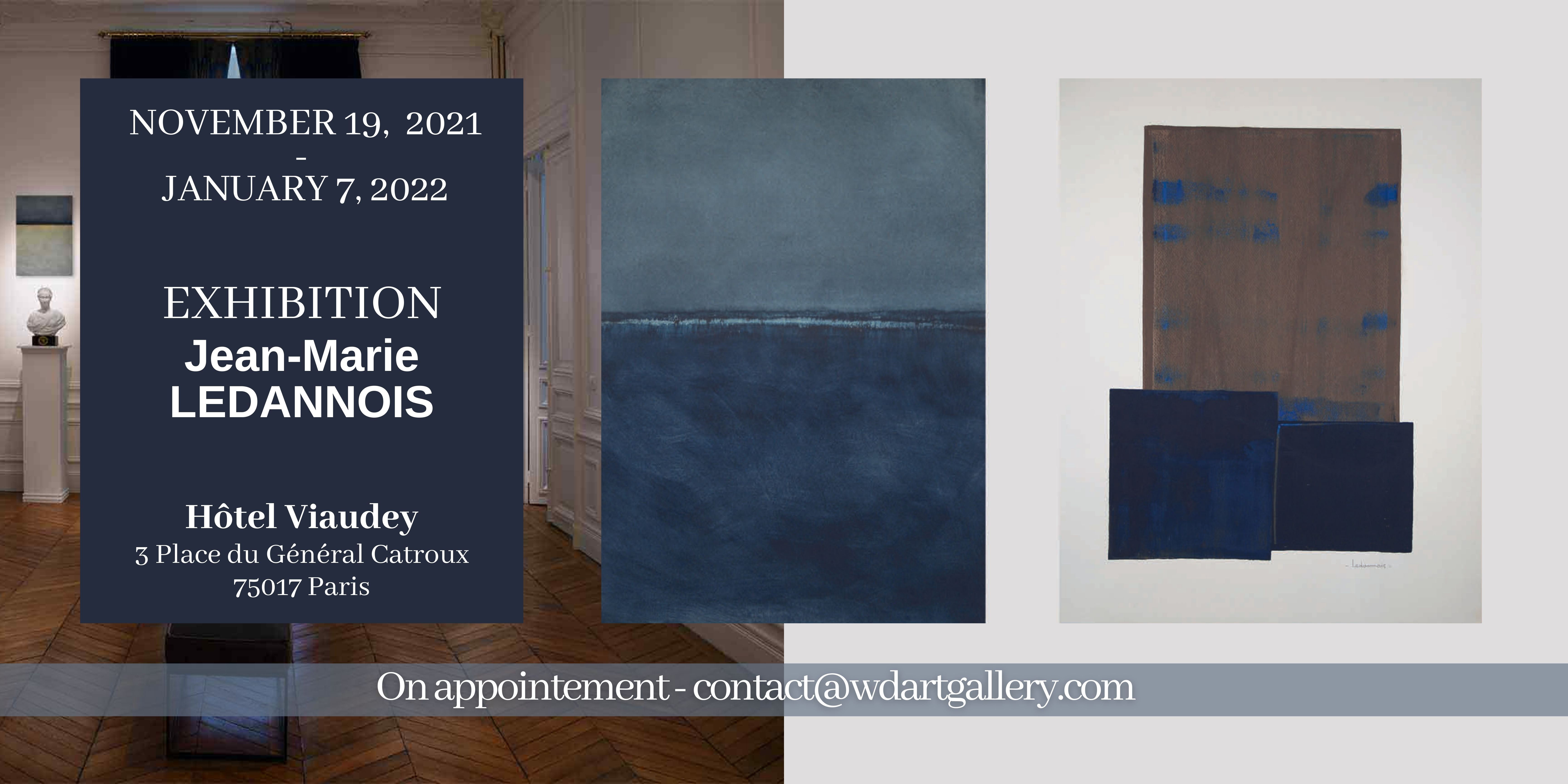 Jean Marie Ledannois (pseudonym of Jean-Marie Boudot) is an abstract painter, lithographer and ceramicist born January 21, 1940 in Sannois and died March 27, 2014 in Boissy-Mauvoisin. He was a student of the National School of Applied Arts and Crafts. At the same time as his studies, he followed the ceramics courses of Annie Martin-Talboutier (wife of the sculptor Étienne-Martin) in Paris.
The artist lives and works in the countryside, his main source of inspiration. With his wife Collette (the first critical support for his work), they received great artistic and literary friendships in Boissy-Mauvoisin, such as Régis Debray, who dedicated a book to the artist.
At first glance, Jean-Marie Ledannois's works are joyful and provide real pleasure. But on closer inspection, they also reflect the character of man. He is indeed energetic and spontaneous while being sensitive and thoughtful. The artist loves his work and life, each gouache is for him an encounter, an adventure, a delicious mixture of will and chance. The artist is patient and meticulous in the preparation but he is quick in the execution, he works in small strokes. The brush brushes against the paper and the artist then passes a dry brush to bring out the grain to soften the first color. The successive passage of the other layers laid in transparent areas then give birth to little-known colors and nuances which amaze the viewer.
Jean-Marie Ledannois is a surprising man, he will also be an illuminator in the middle of the 20th century, restoring the colors of old paintings. He is ambidextrous, in the right arm he has strength and in the left arm, precision. 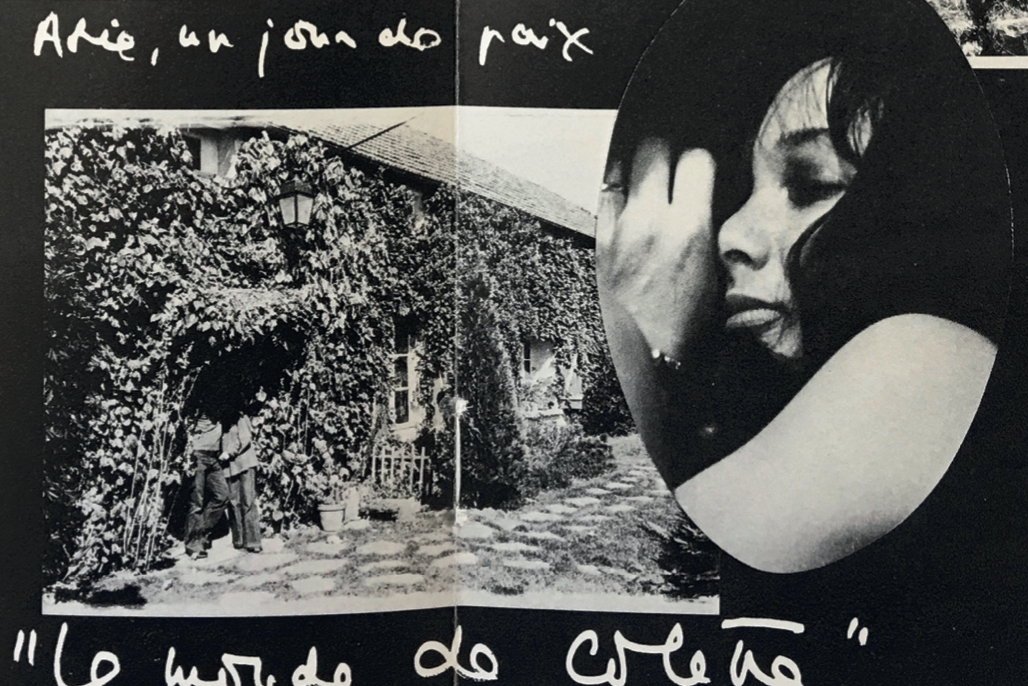 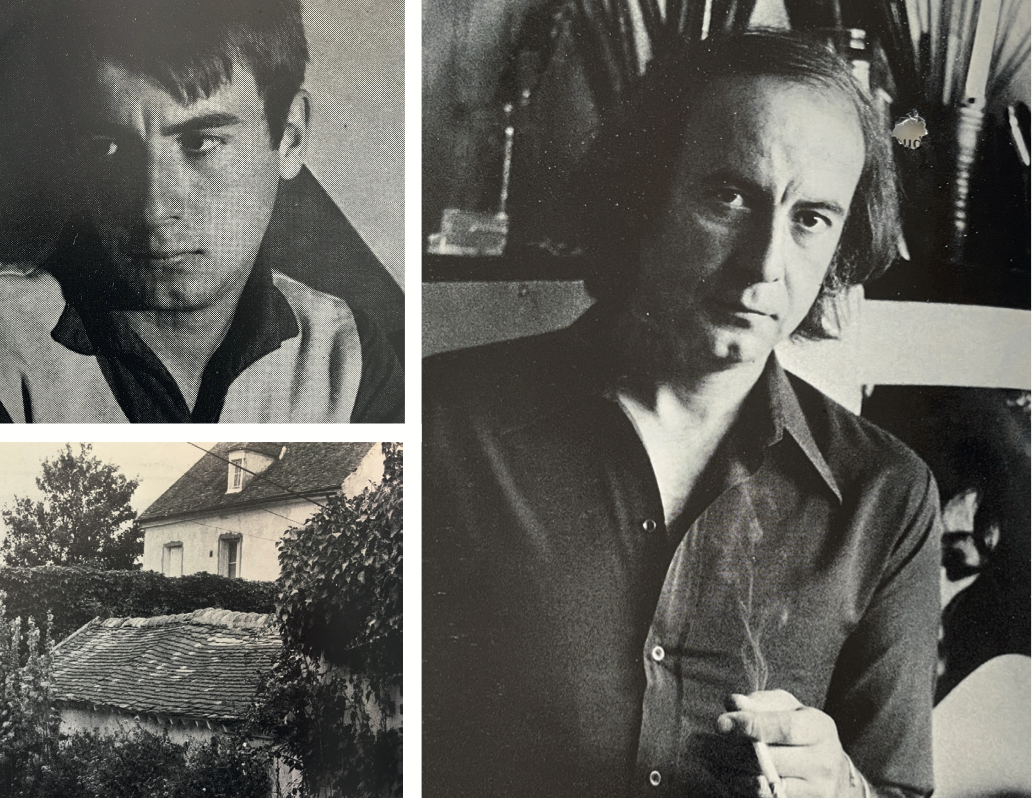 Preface to the exhibition catalog

To understand the work of Jean-Marie Ledannois, you have to know the man, his history and his context of creation. Son of a peasant mother, the artist has a very personal relationship to the land, he is a lover of nature whose paintings represent the four elements that compose it. Therefore, water, air, earth and fire guide the choice of its characteristic color palette. The artist is indeed known for his blues of incredible intensity, which he applies to the paper with many nuances, thus showing that the main subject of the work is undoubtedly light. It is clear that he works the other colors with the same force and the same subtlety, thus immersing us in a mysterious world.
Jean-Marie Ledannois works in his house-studio in the countryside (in the hamlet of Bléry in the Yvelines) while listening to baroque opera. The subjects of his gouaches are not limited to the landscapes themselves, it is also the encounter between the reality he observes and his unconscious, the emotions that emerge from it. "The artist also draws from it the satisfaction of who knows what intimate desire, a vague feeling of reunion that brings relief and relaxation" (1). He draws his inspiration from the woods and fields that surround him, but his childhood spent with a philosopher's tutor, pushes him to approach painting in an intellectual rather than decorative way. So don't be fooled by the apparent simplicity of Jean-Marie Ledannois's gouaches, they hide long and meticulous work and are the result of intense reflection. The artist appreciates life and work, he has a passion for the technical aspect of his art. He likes the materials, the tools, the supports that he puts on a tray table after having, as he says, "cooking". Indeed, he prepares his own colors mixing pigments, gum arabic and water.

Faced with his works, the viewer is initially frozen by the power and beauty of the colors, which pushes him to focus his attention on the present moment. Secondly, he is as if drawn into the work, hypnotized by subtle and delicate internal movements of light and shadow. The artist projecting his own dualities in his gouaches, he then provokes in the viewer an influx of contrasting emotions such as joy and melancholy, appeasement or energy. It is true that Jean-Marie Ledannois's painting is both raw and nuanced, feminine and virile, melancholy and happy. These emotions then allow the viewer to seek their own sensitivity in order to better appropriate the work.
The great talent of the painter is to know how to grab the spectator by the color and to create in him contrasting emotions. The artist excels in the technique of gouache which alone allows these effects of light and shadow so subtle. The works that we present mainly date from the 1970s, a period during which he absorbed the contributions of Joseph Albers (1888-1976) and Mark Rothko (1903-1970) moving from geometric abstraction to abstract landscaping. Despite these influences, the artist demonstrates real originality consistent with a strong and sensitive personality. His work was a discovery for WD Art Gallery because the artist liked to live in his country house alone and had little affinity with those in the art market. This first exhibition is therefore in line with the DNA of the gallery, which is to share with you our passion for discovery and to humbly contribute to giving artists the place they deserve in the market. 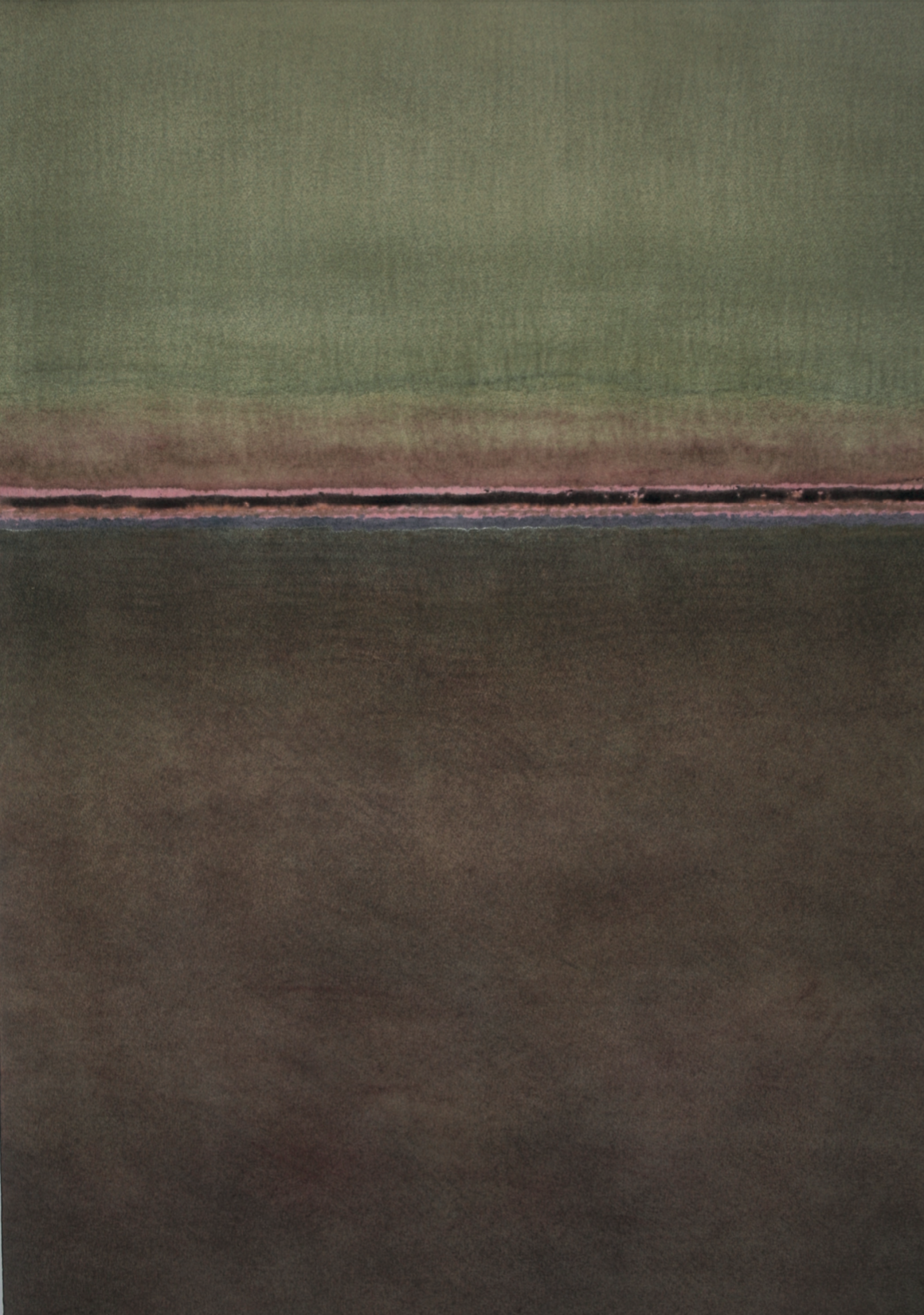 From geometric abstraction to abstract landscaping

During the 1960s, Jean-Marie Ledannois quickly switched to the predominant abstraction of the time, even if in some of his works the subject can still be distinguished. The artist's emotions gradually gain the upper hand over him, the artist seeking to paint his sensations in front of the landscape rather than the landscape itself. Subsequently, he abandons any reference to reality, giving increasing importance to the material which becomes the substitute for the brushstroke. He kneads and tortures painting with infinite subtleties, influenced by Jean Bazaine, Jean Fautrier or Willem de Kooning. Towards the end of the 1960s, he simplified his forms gradually moving away from informal art and abstract expressionism, thus approaching geometric abstraction.
It was not until the early 1970s that Jean-Marie Ledannois completely switched to geometric abstraction. Like Joseph ALBERS, he refuses to express himself with pure geometric rigor. As a result, his squares are never completely square, his rectangles never completely rectangular, which gives a simultaneous feeling of balance and imbalance in a composition where harmony reigns in a clear and powerful way. The depth is given by the superposition of the planes and the movement by the vibration of the juxtaposed colors. Each shot is a world of nuanced colors in its own right, into which the artist invites us to enter so well through the play of subtle and delicate movements of shadows and light.

But these worlds in which there is a certain form of freedom are distinct while being bound by color as if forced to coexist in a very rigorous whole. Does the artist with his works show us this illusory freedom that we would all like to achieve? Does he show us this happy humanity but trapped in a tragic fate? As usual, he projects his own dualities into his works, giving rise to contrasting emotions in the viewer.
Very inspired by Mark Rothko, Jean-Marie Ledannois goes through stages from geometric abstraction to abstract landscaping. The paper is then traversed by spots of different colors, placed in a geometric relationship and the intensity of which decreases as it goes towards the edges to reduce to halos. Freeing himself from the contributions of the masters of abstract art, the artist then found his own style in the late 1970s.
With the help of large flat areas of nuanced color, he creates in the viewer an impression of infinity, suggesting the presence of life beyond life. He then apprehends the work through meditative contemplation, he immerses himself in the colors while being disturbed by their interactions, the strength and energy that emerge from them. 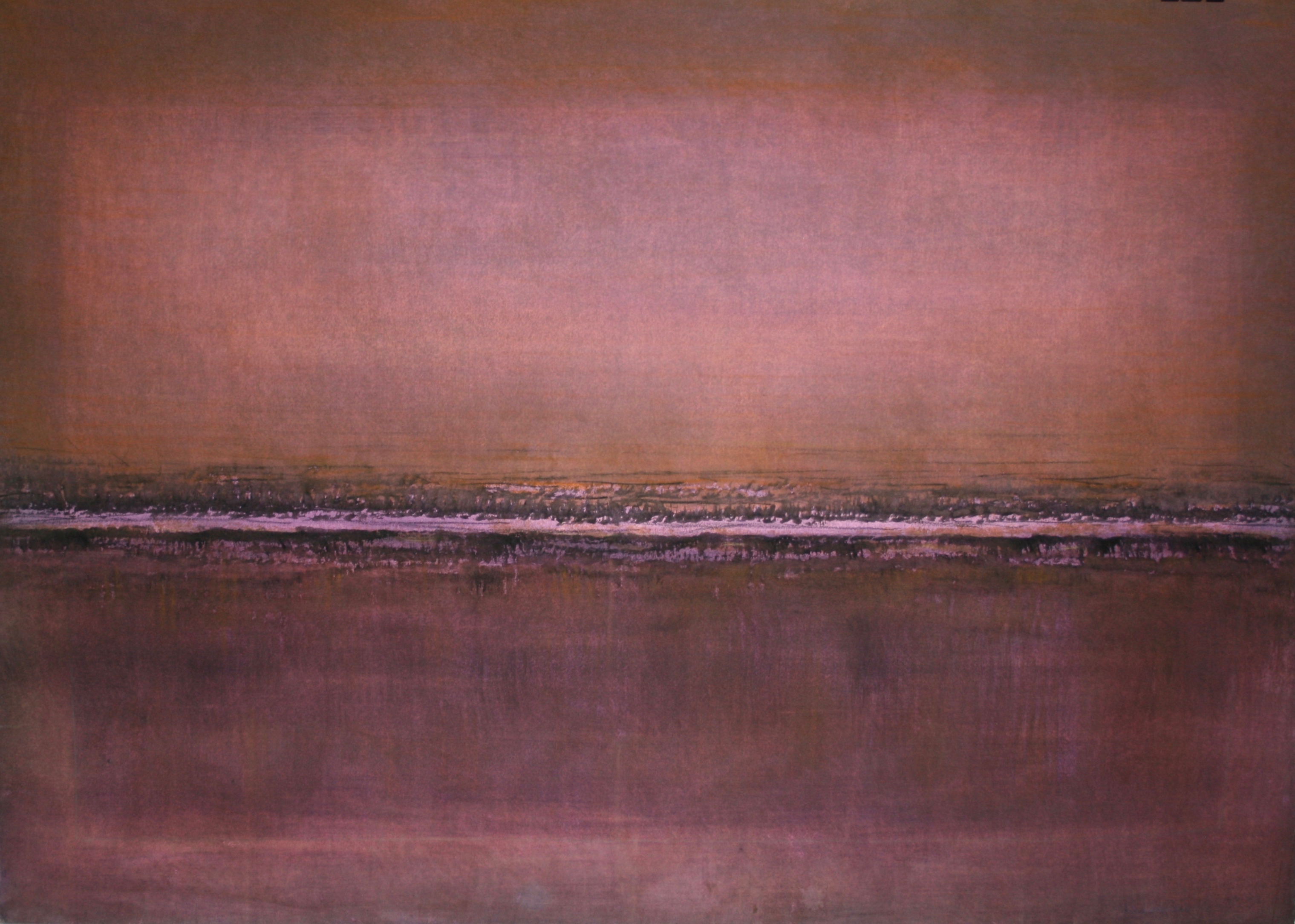 The works presented during the exhibition 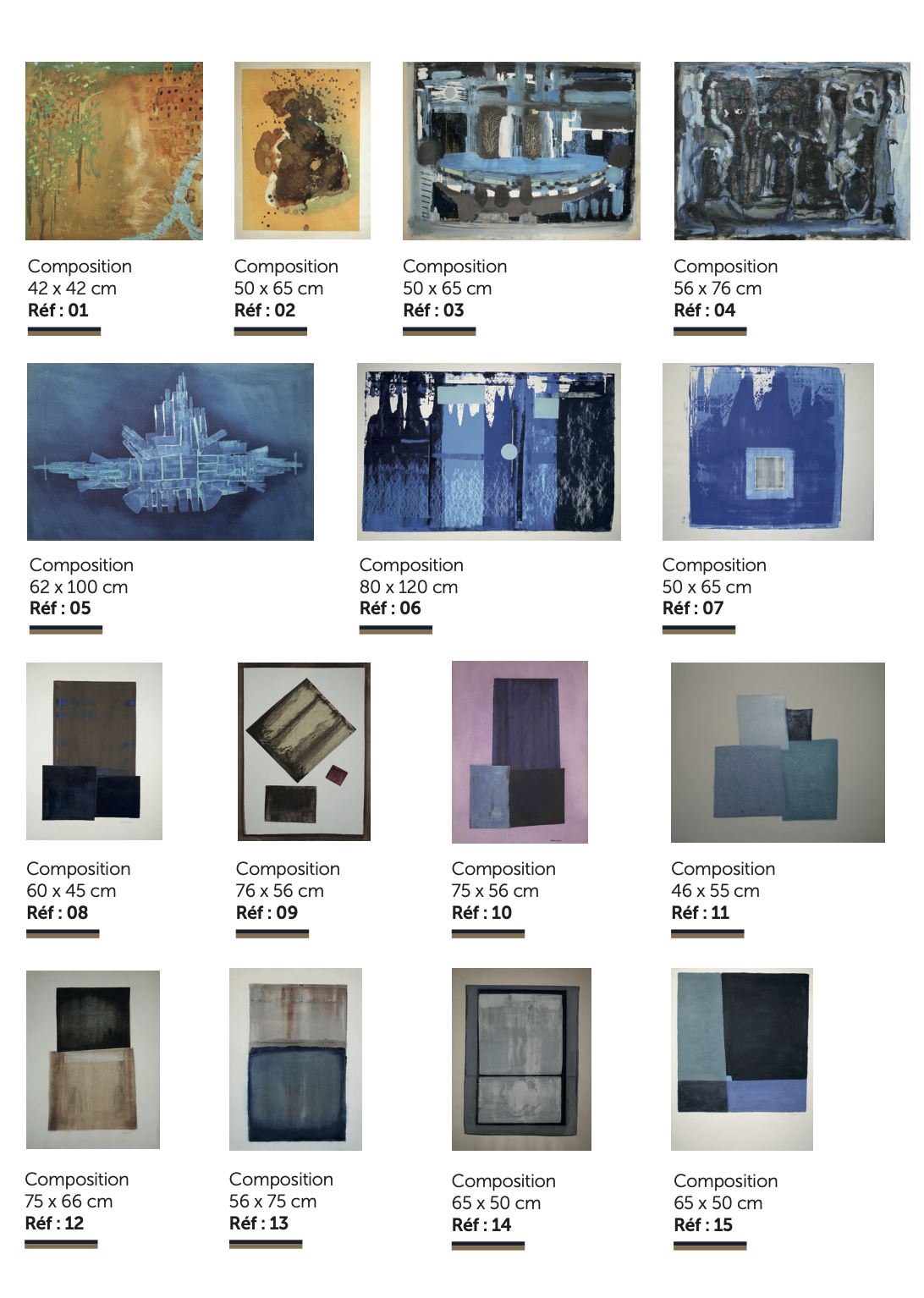 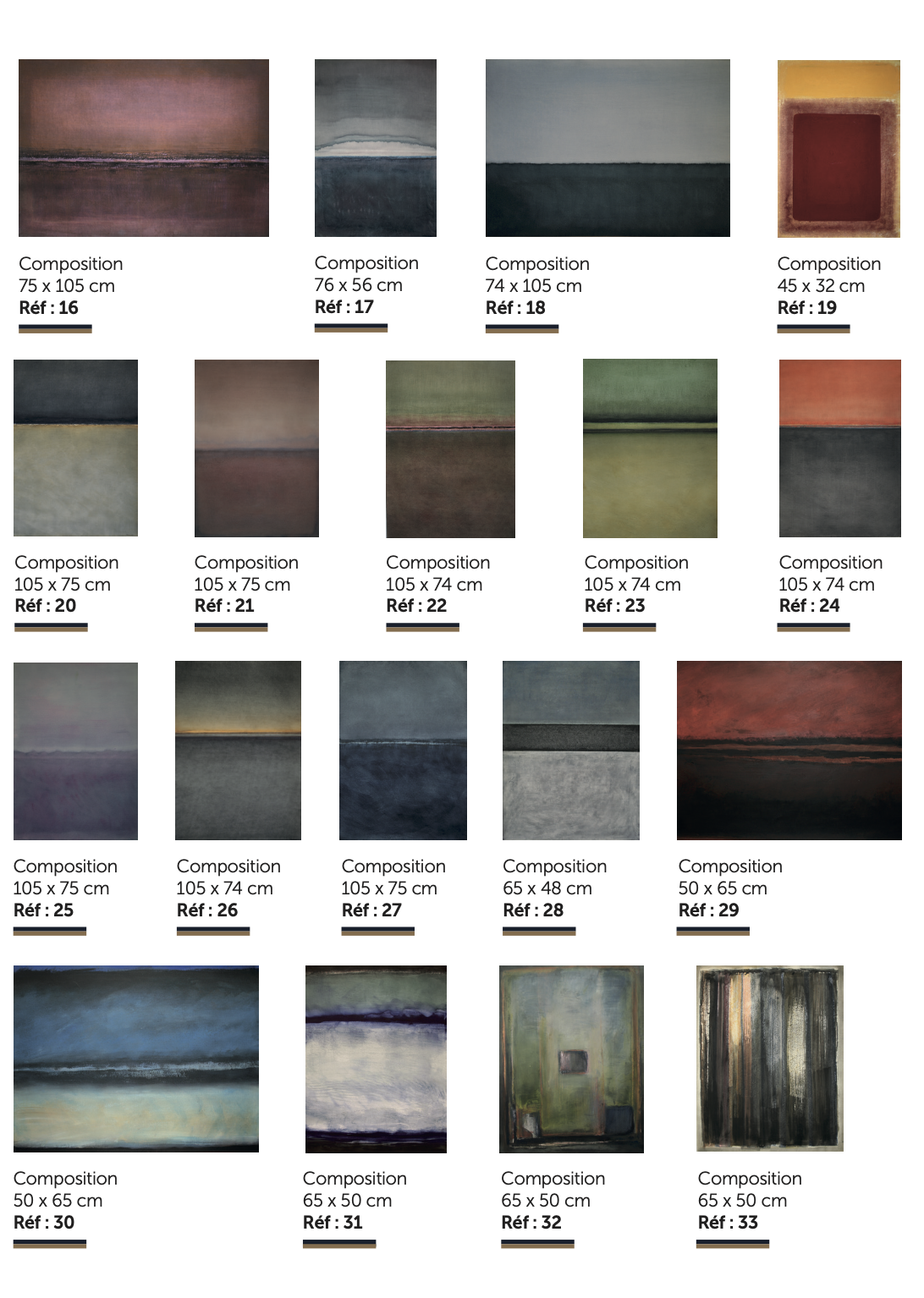 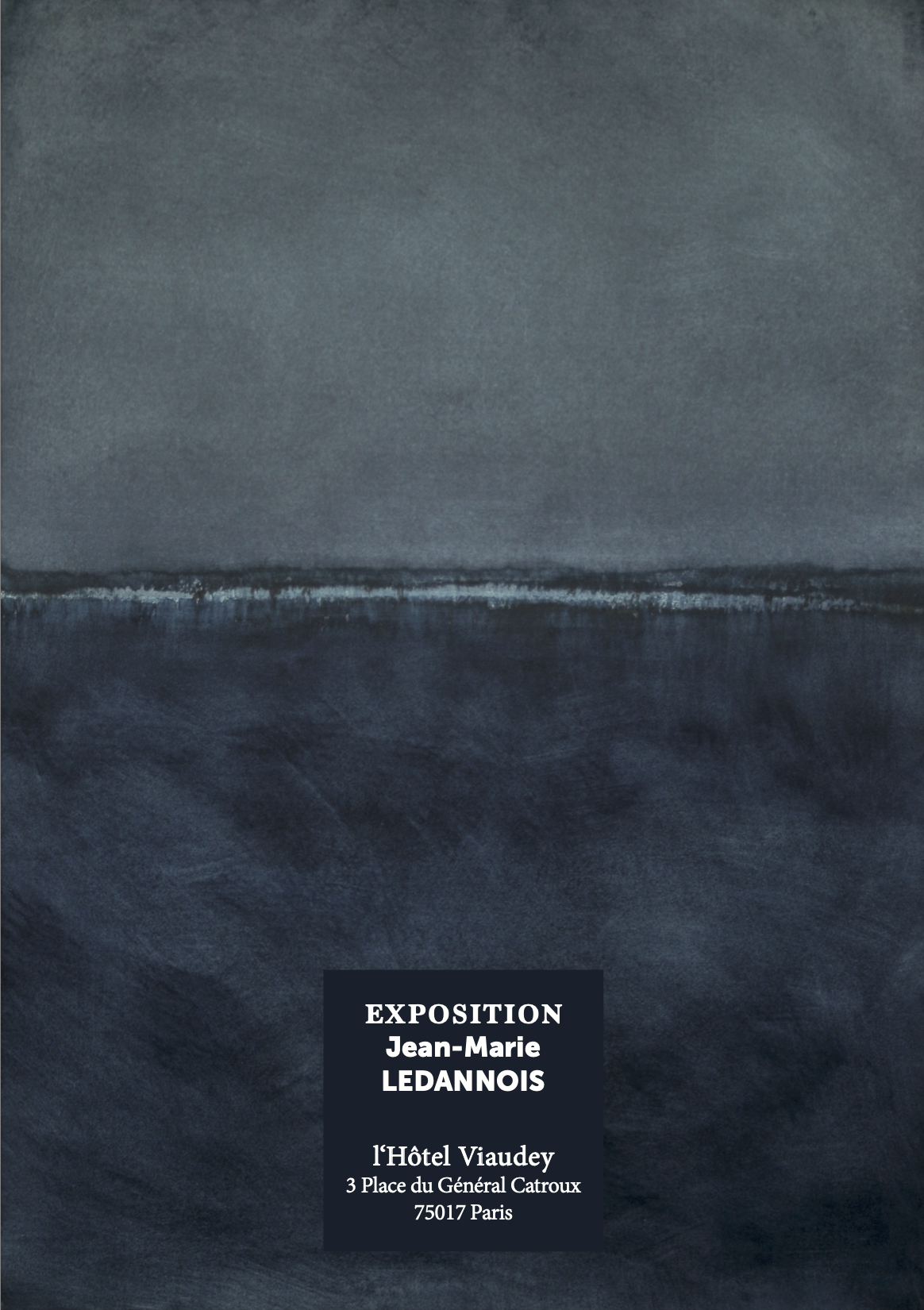 For more information on our exhibition location:

Preview of the Jean-Marie LEDANNOIS exhibition
DIVE INTO THE WORLDS OF COLOR BY JEAN-MARIE LEDANNOIS!     From geometric abstraction to abstract landscaping ...        ...

This site uses cookies to offer you an optimized and personalized user experience, to make our audience statistics, or to offer you advertising and offers tailored to your desires and interests. You can, however, uncheck the cookies that you do not want us to use.

Technical cookies are necessary for the functioning of the site and can not be disabled. However, they are only collected and used during your presence on this site.